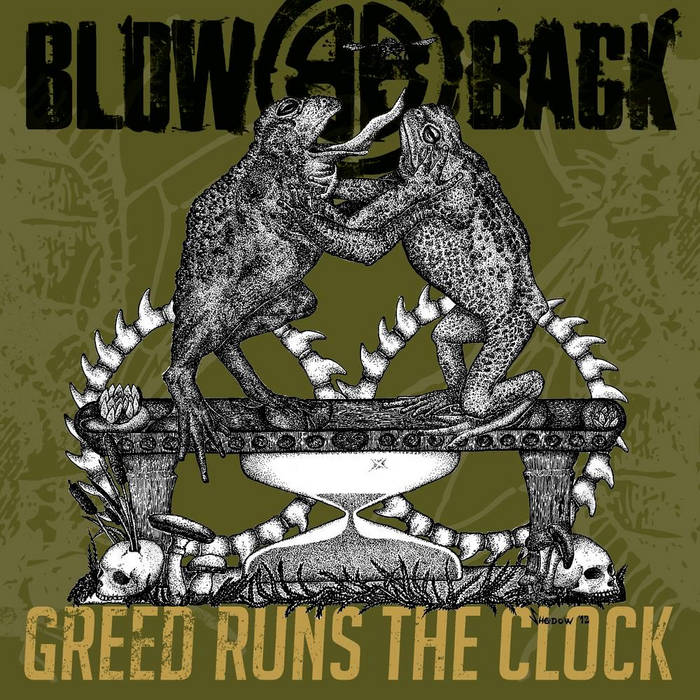 "BLOWBACK.........holy hell!!!!!!! What a release! This has to be one of the best releases of the year, one that will get played to death and makes me want more than just the four songs on here... I couldn't recommend this more." -- Profane Existence

Blowback's combination of the various facets of a relatively narrow genre suggest that perhaps hardcore is wider than we think. The wrapping of the different attributes together does create an interesting question: Is Blowback looking back or looking forward?" -- Punknews.org

"The album superbly navigates an ocean of influences to present to you a steaming hot platter of no bullshit punk rock spiced heavily with some red hot socio-political commentary which will have your ass burning for a week.

You take "Cassandra's Lament" for example and you got the groove of NYC Hardcore yet, the spoken word against blind consumerism reminds me of the early bay punx...while, at the same time, the raging screams of "the smokestacks reaching into the sky" and the pounding drum intro points me towards the seemingly conflicting directions of the more volatile anger of Amebix and Bad Brains (Right Brigade)!

Blowback has put out one of the strongest punk offerings I've heard this year, it's genre-less, it's just punk fucking rock!" -- Thrashhead

Bandcamp Daily  your guide to the world of Bandcamp